The Migraine Suffering of Richard Wagner

The Migraine Suffering of Richard Wagner

Kiel/London/Phoenix 28.03.2014. The composer Richard Wagner suffered from severe migraine with and without aura over many years of his life. Headache researchers of the Kiel Headache and Pain Centre, Germany, around Prof. Hartmut Göbel analysed the manifold descriptions of Richard Wagner about his headache symptoms in his many writings and personal letters. Additionally, they analysed the entire diary records of his second wife Cosima Wagner. The study for the first time gives a detailed analysis of the clinical manifestation of his headaches and neurological accompanying symptoms. Richard Wagner himself called his complex headache suffering the main plague of his life. The study published today in the journal „Cephalalgia“ of the International Headache Society makes a precise analysis of original sources regarding the severe chronic headache suffering of Richard Wagner available to the public for the very first time.

In a recently published previous study, the Kiel pain researchers describe how Richard Wagner played out migraine symptoms and neurological accompanying symptoms in his works, using the opera Siegfried from the Tetralogy Der Ring des Nibelungen as an example. This led the researchers to the present analysis, in which they now document the original descriptions of the precise headache picture, the neurological symptoms and th 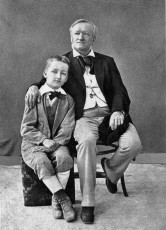 e effect of the disorder on the life and work of Richard Wagner. The headache manifestation of Richard Wagner was characterised by daylong headache attacks of most severe intensity. Physical activity aggravated the pain. Richard Wagner frequently was confined to bed. In addition, he suffered from marked nausea and vomiting, as well as sensitivity to noise and light. The headache suffering completely fulfils the current criteria of the International Headache Society for migraine without aura. Additionally, Richard Wagner repeatedly complained about visual disturbances in the form of visual flickering with zig-zag patterns and visual field defects, a so-called scintillating scotoma. These neuropsychological symptoms particularly hindered his creative abilities. The extensive analyses confirm that the headache suffering of Richard Wagner fulfils the current diagnostic criteria of migraine without aura and migraine with aura in all details. Richard Wagner himself used the terms “nervous headaches” or “anxious headaches”. The frequency and the detail in describing his headache symptoms in the memoirs and letters of Richard Wagner, but also in the diaries of Cosima Wagner, are surprisingly extensive. Headaches and neurological disturbances led to a severe medical burden of Richard Wagner for many decades and represented a central health issue for him and his family. The completion of the tetralogy Der Ring des Nibelungen had to be postponed for many years as a result. The first documentation of the severe headache suffering can be found at age 28, the last one at age 67. An eminently marked suffering becomes apparent between the ages of 30 and 51. The analyses also confirm a particular familial disposition: both his mother and his joint children with Cosima suffered from headaches. 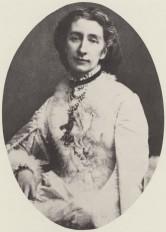 His second wife Cosima describes in her diary entries from 1 January 1869 to 12 February 1883 the life of the Wagner family as frequently and severely burdened by headaches. She documents many headache attacks of Richard, the children and also herself. Her descriptions of the headache type of Richard Wagner agree with his own records in every detail. Extensive workload, stress, smell of tobacco and alcohol are described as headache triggers. Cosima also documents in detail her own migraine suffering, which compelled her to daylong bed rest and withdrawal from family and social life. She also sketches a serious marital conflict between her and Richard due to the migraine with profound emotional consequences.

The Kiel headache researchers discuss Richard Wagner’s headache disorder also against the background of current scientific findings. Chronic migraine leads to an increased risk of cardiovascular disease and heart attacks. The cardiovascular mortality can be increased. Recent studies have identified twelve risk genes for migraine, which are also implicated in an increased risk for heart attacks. Richard Wagner suffered from severe blood circulation problems to his heart muscle. He died on 13 February 1873 at the age of 70 years in Venice, Italy from a heart attack. An effective migraine therapy according to today’s standards could have given him a greater lifespan and more creative powers. Also the family and social life of the Wagner family would have been less burdened by the severe chronic migraine disorder. Despite clear-cut symptoms Richard Wagner did neither receive the correct diagnosis nor adequate treatment during his life. He underwent frequent and long diets and water cures, all without success. Richard Wagner permanently wore a hat, even indoors. This was the only preventive therapy known to him. The severe burden of chronic migraine onto the individual, the family and social life, the culture and society is demonstrated vividly by the precise descriptions of the migraine suffering of Richard Wagner.